Humans Aren’t Designed to Be Happy – So Stop Trying

A huge happiness and positive thinking industry, estimated to be worth US$11 billion a year, has helped to create the fantasy that happiness is a realistic goal. Chasing the happiness dream is a very American concept, exported to the rest of the world through popular culture. Indeed, “the pursuit of happiness” is one of the US’s “unalienable rights”. Unfortunately, this has helped to create an expectation that real life stubbornly refuses to deliver.

Because even when all our material and biological needs are satisfied, a state of sustained happiness will still remain a theoretical and elusive goal, as Abd-al-Rahman III, Caliph of Córdoba in the tenth century, discovered. He was one of the most powerful men of his time, who enjoyed military and cultural achievements, as well as the earthly pleasures of his two harems. Towards the end of his life, however, he decided to count the exact number of days during which he had felt happy. They amounted to precisely 14.

Happiness, as the Brazilian poet Vinicius de Moraes put it, is “like a feather flying in the air. It flies light, but not for very long.” Happiness is a human construct, an abstract idea with no equivalent in actual human experience. Positive and negative affects do reside in the brain, but sustained happiness has no biological basis. And – perhaps surprisingly – I reckon this is something to be happy about.

Humans are not designed to be happy, or even content. Instead, we are designed primarily to survive and reproduce, like every other creature in the natural world. A state of contentment is discouraged by nature because it would lower our guard against possible threats to our survival.

The fact that evolution has prioritised the development of a big frontal lobe in our brain (which gives us excellent executive and analytical abilities) over a natural ability to be happy, tells us a lot about nature’s priorities. Different geographical locations and circuits in the brain are each associated with certain neurological and intellectual functions, but happiness, being a mere construct with no neurological basis, cannot be found in the brain tissue.

In fact, experts in this field argue that nature’s failure to weed out depression in the evolutionary process (despite the obvious disadvantages in terms of survival and reproduction) is due precisely to the fact that depression as an adaptation plays a useful role in times of adversity, by helping the depressed individual disengage from risky and hopeless situations in which he or she cannot win. Depressive ruminations can also have a problem solving function during difficult times. 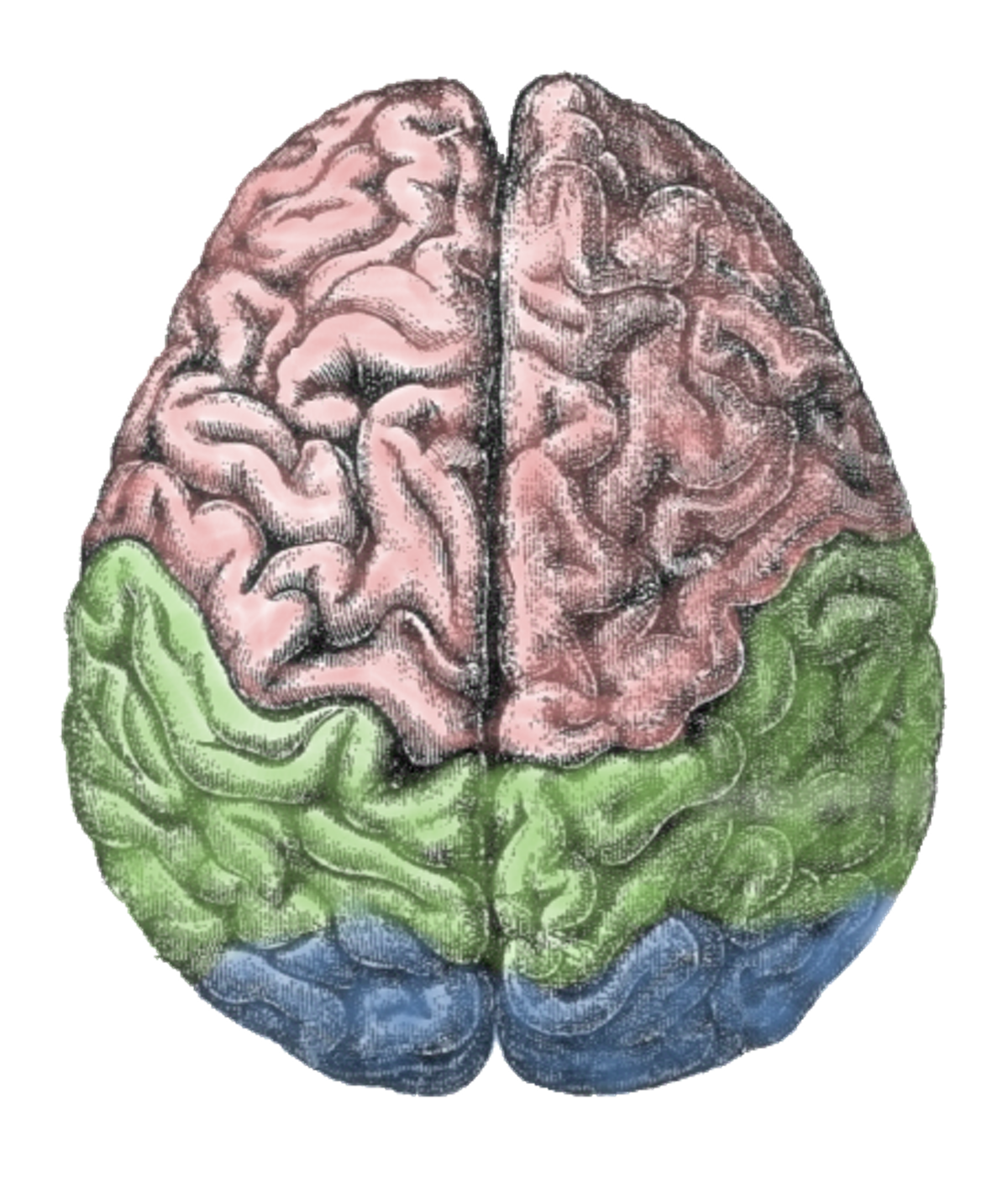 Where is happiness located? Photo from the Gutenberg Encyclopedia, CC BY-SA.

The current global happiness industry has some of its roots in Christian morality codes, many of which will tell us that there is a moral reason for any unhappiness we may experience. This, they will often say, is due to our own moral shortcomings, selfishness and materialism. They preach a state of virtuous psychological balance through renunciation, detachment and holding back desire.

In fact, these strategies merely try to find a remedy for our innate inability to enjoy life consistently, so we should take comfort in the knowledge that unhappiness is not really our fault. It is the fault of our natural design. It is in our blueprint.

Advocates of a morally correct path to happiness also disapprove of taking shortcuts to pleasure with the help of psychotropic drugs. George Bernard Shaw said: “We have no more right to consume happiness without producing it than to consume wealth without producing it.” Well-being apparently needs to be earned, which proves that it is not a natural state.

The inhabitants of Aldous Huxley’s Brave New World live perfectly happy lives with the help of “soma”, the drug that keeps them docile but content. In his novel, Huxley implies that a free human being must inevitably be tormented by difficult emotions. Given the choice between emotional torment and content placidity, I suspect many would prefer the latter.

But “soma” doesn’t exist, so the problem isn’t that accessing reliable and consistent satisfaction by chemical means is illicit; rather that it’s impossible. Chemicals alter the mind (which can be a good thing sometimes), but since happiness is not related to a particular functional brain pattern, we cannot replicate it chemically.

Our emotions are mixed and impure, messy, tangled and at times contradictory, like everything else in our lives. Research has shown that positive and negative emotions and affects can coexist in the brain relatively independently of each other. This model shows that the right hemisphere processes negative emotions preferentially, whereas positive emotions are dealt with by the left-sided brain.

It’s worth remembering, then, that we are not designed to be consistently happy. Instead, we are designed to survive and reproduce. These are difficult tasks, so we are meant to struggle and strive, seek gratification and safety, fight off threats and avoid pain. The model of competing emotions offered by coexisting pleasure and pain fits our reality much better than the unachievable bliss that the happiness industry is trying to sell us. In fact, pretending that any degree of pain is abnormal or pathological will only foster feelings of inadequacy and frustration.

Postulating that there is no such thing as happiness may appear to be a purely negative message, but the silver lining, the consolation, is the knowledge that dissatisfaction is not a personal failure. If you are unhappy at times, this is not a shortcoming that demands urgent repair, as the happiness gurus would have it. Far from it. This fluctuation is, in fact, what makes you human.

Rafael Euba is a Consultant and Senior Lecturer in Old Age Psychiatry at King's College London.

1
Please log in to like, share and comment!
Sponsored
Sponsored
Sponsored
Sponsored
Categories
Read More
Health
All about narcissistic personality disorder - What you need to know
It is estimated that about 5% of all people have narcissistic personality disorder also known as...
By wanda1551 2021-10-28 04:35:21 3 216
Party
Seating ideas for your Reception
You probably would not believe us but pretty design (below) is made entirely of paper. Surely!...
By abinaya545 2022-01-06 05:39:33 0 5
Networking
Warren Buffett’s Recent Explanation of How Money Now Works Is the Most Important in History
Watching Warren Buffett completely change what he believes about money in a matter of months...
By mradmin 2021-08-20 12:41:29 1 509
Health
Q. What are the most common disabilities?
A. Some of the more common disabilities are listed below in no particular order: *ADHD (attention...
By wanda1551 2021-10-10 07:40:57 1 375
Art
The Arizona Fitness Indemnity Fee Restraint Technique
There are a lot of men and women in the usa of North america who're going through after that...
By maxxx1988 2022-01-13 00:34:58 0 4